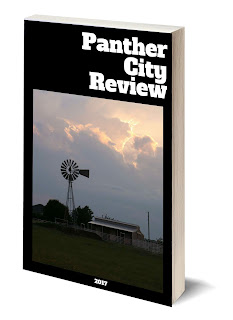 Panther City Review 2017
$9.99 Amazon Barnes & Noble
Panther City Review is a literary journal based out of Fort Worth, Texas and published by Sleeping Panther Press. In this second issue writers from across Texas representing various backgrounds, beliefs, and cultures, share their idea of “Timeless.” The works within these pages are perfect examples of timeless themes, situations, and desires. At one point or another, everyone has or will experience the loss of a loved one, the reminiscence of a time in the past, the nostalgia of a sound. As we consider the future, we will see that people and situations are not so different from today, or 100 years ago— the technology will just be different.
Contributing Authors: